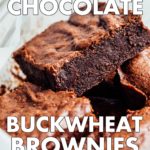 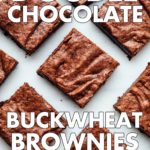 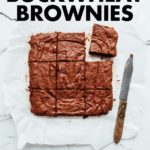 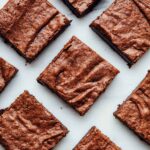 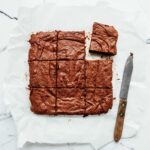 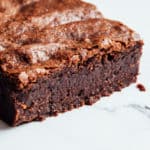 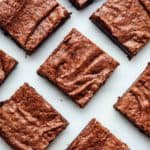 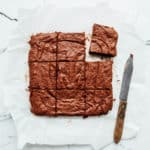 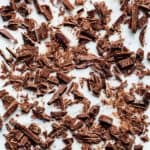 Do not – I repeat – DO NOT make these gluten-free double chocolate buckwheat brownies if you like cakey brownies! Made with cocoa, dark chocolate, and buckwheat flour, these are unbelievably rich fudgy brownies. They are made with whole grain flour, however, I won’t call them healthy as there is still plenty of butter and chocolate.

Living in Nova Scotia means you will, at some point, attend a wedding or funeral with homemade food served buffet-style. Platters crammed with egg salad sandwiches rub elbows with lemon squares, Hello Dolly’s, and the ubiquitous dry cakey brownie.

Don’t get me wrong. I’m not complaining about free homemade food. Let’s just say, the first time I had a dense, gooey, fudgy brownie I think I heard the angels sing.

Since my mother, and my grandmother both died, three days apart last month, I can’t get enough chocolate in my system. And not just chocolate. Pizza, cheeseburgers, chips – anything salty, sweet, or fatty are fair game.

I don’t let myself feel guilty about enjoying food and I’m not going to start now. Sometimes ooey, gooey, rich and chewy homemade brownies are all that stand between you and a mental breakdown. I say, “GO AHEAD AND EAT THAT BROWNIE DAMN IT”.

Chocolate Recipes Aren’t My Thing (But They Should Be)

The food blog of a food photographer should be jam packed with chocolate recipes, however, I’m sad to say it isn’t so! I have recipes for blueberry white chocolate scones, and white chocolate candy cane bark, but that’s pretty much it! Isn’t it weird?

I recently concluded that I, and my blog, need more chocolate, so this buckwheat brownie recipe was born. I baked three batches of brownies for the cause.

I’ve never made brownies from a box mix. I’m not telling you this to sound snobby. I’m telling you because I want you to know how fortunate and grateful I am to have had a mother who taught me to bake.

Except for maybe the buckwheat flour, you probably have everything you need to make these double chocolate buckwheat brownies in your kitchen right now. It doesn’t take any longer than a box mix so why not make brownies from scratch?

For 100% buckwheat flour recipes try sticking to cookies, crisps, or fresh noodles. If baking cakes, muffins, or breads you may need to mix the buckwheat flour with other flours and rising ingredients like baking soda or powder to get a proper lift.

Using A Double Boiler To Melt Chocolate And Butter

A double boiler is the best way to melt chocolate or butter (and even marshmallows for Rice Krispie squares). A double boiler takes longer to melt ingredients than placing them directly in a pot, however, because the heat is more gentle, the risk of scorching in a double boiler is practically non-existent.

Butter can be cold or room temperature, it doesn’t matter. Cold butter takes longer is all. Chopping chocolate into small bits will reduce the time it takes to melt.

This recipe is scaled at 9 servings baked in a square pan, however, feel free to cut the brownies much smaller as they are very rich! 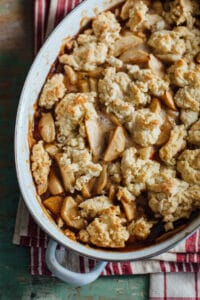 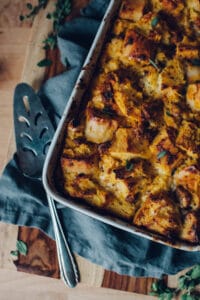 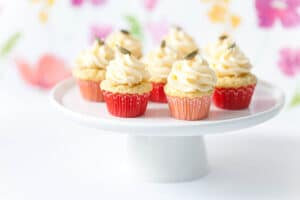 If you like both modern & traditional easy family recipes then you are in the right place! I'm Kelly, a food photographer and recipe blogger based in my hometown of Dartmouth, Nova Scotia, Canada. My blog is filled with my food photography and easy recipes I make for my family. To find out more about me, and to see who I've worked with, visit my Work With Me page... 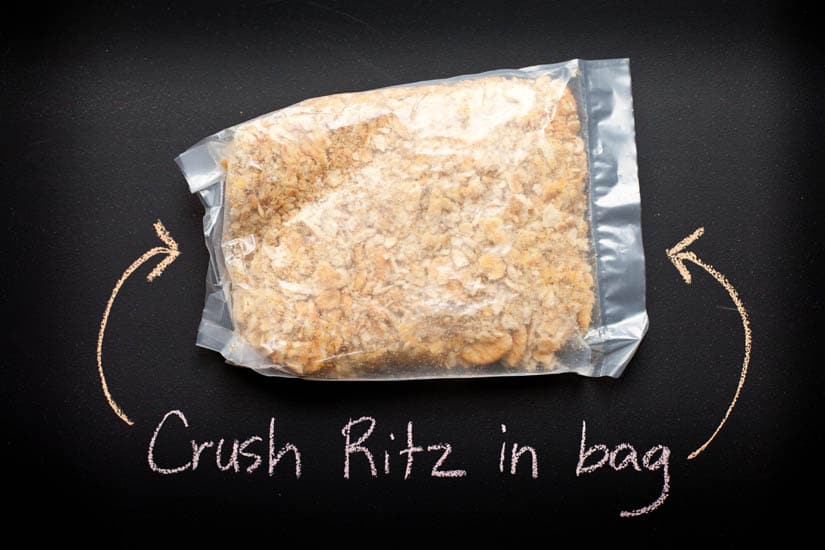 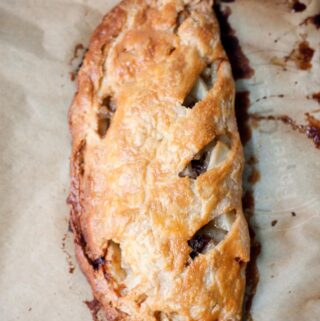 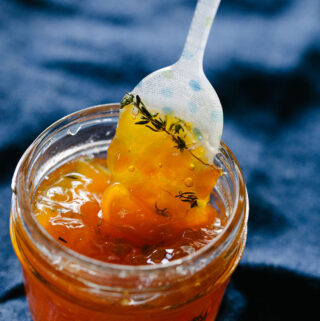 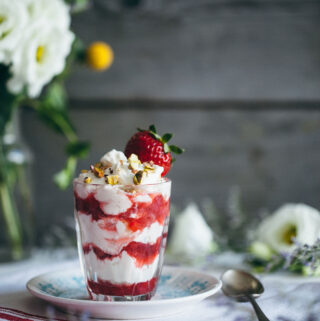 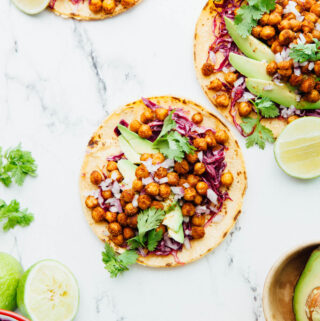 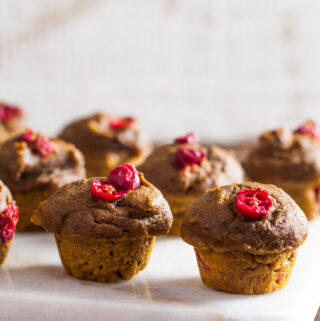 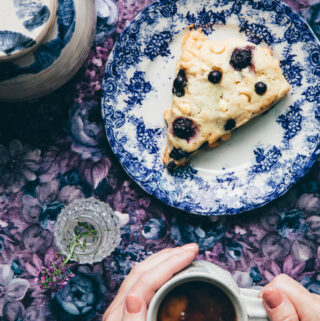 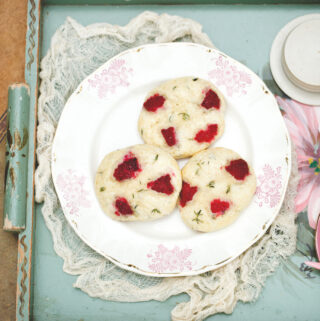